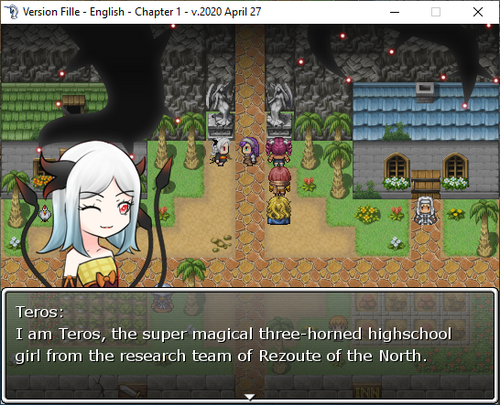 Version Fille is a french RPG that I already finished in April 2019. I am now translating in english.

At the same time, I'm also fixing small stuff like bugs and adding a bit of new contents in the english version of the game.

My english level is good enough for a normal conversation on common stuff but actually translating a french game to english is quite difficult. If you ever happen to find some mistakes, please do tell me. I will appreciate it very much.

As for the new contents I'm adding, I actually added a new character that the player should see quite often on their playthrough.

Introducing Teros, a magical three-horned demon hybrid highschool girl that is looking for friends by researching the ancient history of the world: 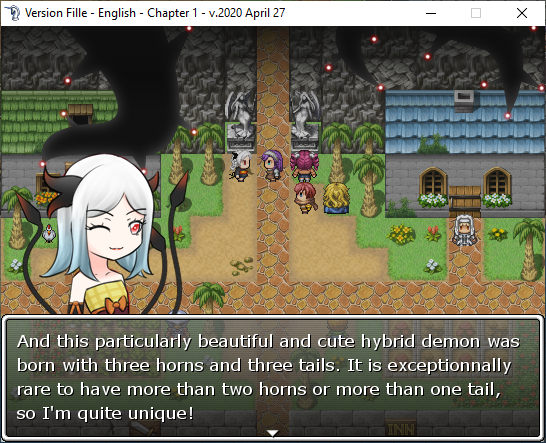 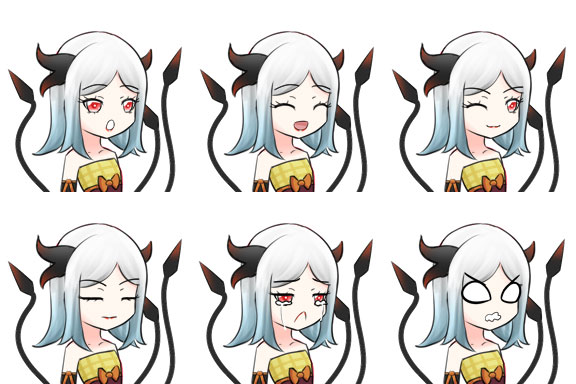 Teros's main role is to tell stories about the world of Version Fille. It doesn't have an impact on the main story that was already completed in french, but I believe it will be fun and interesting to know more about the world I created. It also set a bit of a base for a sequel to Version Fille, called Version Paradis, that has a huge plot about Legendary Beasts, fantastic monsters that we barely see in Version Fille.

Introducing Teros is a bit like the easy way to fix a small plot hole, but Teros is really cute so everything is good!

I will now start translating the Chapter 2 of Version Fille. This one chapter is lot more like a Kinetic Novel. There shouldn't be much difference with the french version.

Please download and enjoy the Chapter 1 of Version Fille: https://daheji.itch.io/versionfille 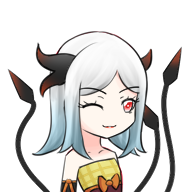