Chapter 5 available! And reupload of Chapter 4 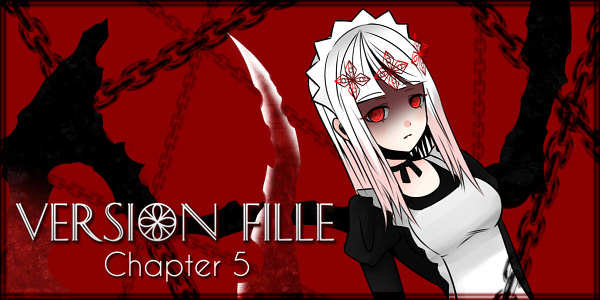 This is a big chapter that you can complete in 3.5 hours. You will be playing the antagonists of Version Fille, invading the city of Moidoute and do some cleaning of peaceful tribes in the mountains.

There was a game breaking bug in the fight against Partotom, the Pirate Captain. But if you try to heal while being in the state Zombie (State icon is a big X), it will crash the game. The fight is optional, so if you don't want to redownload the chapter 4, you can just give up on this fight. You'll just be missing an item that use your money to do damage. After losing the fight, you can still play the game like normal.

So I reuploaded the chapter 4 and removed the Zombie skill. I replaced it by something a lot more simpler.

Here some screenshots of the Chapter 5 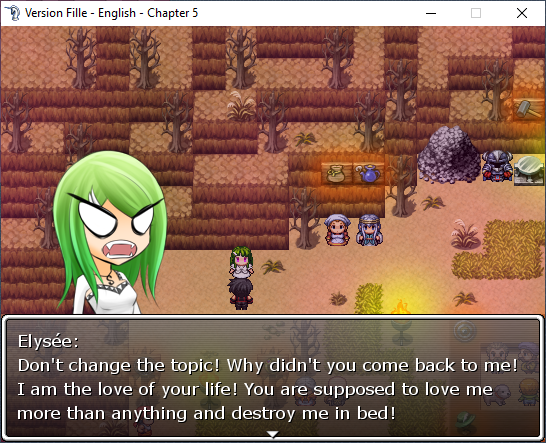